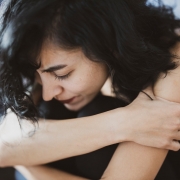 These days we all have some degree of disruption to our normal lives… issues with bills, food, rent/mortgage, managing effective boundaries with kids! We miss so many of our fun outlets. Some people have ongoing or new, underlying issues that may be triggered due to the way we are needing to live right now.

There are many things we can all try to reduce our stress, anxiety and ongoing fears. Here are just a few; meditation, yoga, regular physical activity, breathing
techniques, getting outdoors, or just sinking into a good book. Having a consistent coach (therapist) to support and encourage our efforts at coping can be helpful.

Check in with me and see what you might find helpful!! 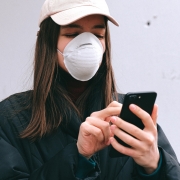 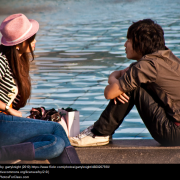 A group for ages 11-17 years old is being formed for children struggling with social skills; including diagnoses spectrum disorders. 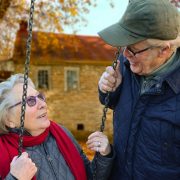 Help is available through counseling for the following needs; 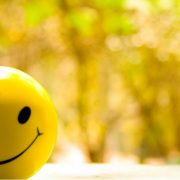 In a study on the psychology of giving, MRI scans revealed that an area of the brain linked to generosity triggered a response in another part related to happiness.

What inspires humans to display acts of generosity? Economists, psychologists and philosophers have pondered this question for millennia. If one assumes that human behavior is primarily motivated by self-interest, it seems illogical to willingly sacrifice resources for others.

In an attempt to solve this paradox, some experts have theorized that giving satisfies a desire to boost one’s standing in a group. Others have suggested it fosters tribal cooperation and cohesion — a key element in mammal survival. Yet another explanation is that we give only because we expect to receive something in return.

The real answer, a study suggested Tuesday, may be much simpler: Giving makes us happy.

Scientists conducted an experiment with 50 people at a lab in Zurich who reported on their own happiness levels after acts of generosity. Consistently, they indicated that giving was a feel-good experience.

At the same time, MRI scans revealed that an area of the brain linked to generosity triggered a response in another part related to happiness.

“Our study provides behavioral and neural evidence that supports the link between generosity and happiness,” the team wrote in the journal Nature Communications.

Trial participants were promised an amount of 25 Swiss francs (23 euros or $26) per week for four weeks. Half were asked to commit to spending the money on other people, while the rest could plan how they would spoil themselves. No money was actually received or spent by either group.

END_OF_DOCUMENT_TOKEN_TO_BE_REPLACED

http://scarboroughtherapy.com/wp-content/uploads/2013/04/scarborough-therapy-logo.png 0 0 admin http://scarboroughtherapy.com/wp-content/uploads/2013/04/scarborough-therapy-logo.png admin2017-06-15 14:36:552017-06-15 14:37:33Why Your Brain Needs More Downtime
Making things better is about not getting stuck making things better
Published on January 11, 2015 by Robert Taibbi, L.C.S.W. in Fixing Families
Lately, when I’ve been doing couple therapy, I realize that though the content is always different and the level of emotion varies, what the solution that both partners are seeking often boils down to this:

Step #1: Do more of what the other guy wants.

Step #2: Stop doing what the other guy hates.

And this, I think, is the core of what both need to do differently. I know, this sounds a bit simplistic; you’re thinking that there’s something more complicated than that, that there are all these problems, this history, some deep underlying issues, etc. But when you think about what’s at the center of “not getting along,” isn’t this what all those arguments are usually about — getting the other guy to do steps one and two?

Easy to say, but invariably where this all falls apart is getting both the partners to move forward on just these steps. Their heads make up reasons why they shouldn’t.

Here are some of the common saboteurs of real change:

1. I don’t want to do what he wants me to do, because he hasn’t made any effort to do what I want him to do.

2. After the way she has treated me, she doesn’t deserve for me to give her what she’s asking for.

This is a variation on the above with a bit more anger and judgment thrown in: You get some sort of revenge by withholding; You get to decide on the penance. Give it up, move forward.

If you’re feeling that “what”, whatever it is, is outside your comfort zone, then it’s about your taking baby steps. If it’s about values, visions of life then it’s about compatibility, and these, admittedly, can be the really tough compromises. If you want to be “totally you” realize that the trade-off may be that you’ll have to live totally alone. Relationships require adaption. Decide how far you can go with compromise and change and see if it is enough.

4. There is no end to what she wants – she’ll never be happy, she’s only into control – why bother?

The all-or-nothing thinking here is the stuckpoint. As Benjamin Button said, “You can change or stay the same and stop whenever you want, there are no rules to this thing.” So you can go further and see what happens; you can stop when you want; you’re only controlled if you think you are controlled. Her being happy is up to her. You can only do the best you can do, and you can decide what that is.

5. He shouldn’t be so sensitive, get so upset, be so bothered,,,

Basically you’re saying he shouldn’t feel how he feels, that his feelings are not valid, are unimportant. This is where couples begin to argue over whose version of reality is correct to dismiss the other’s over-reaction – “I didn’t say that; yes you did, but I didn’t say that way…” — a stupid argument that goes nowhere and generally just fuels resentment. Maybe he is “over-reacting,” didn’t see it the way you did; yes, he can try adapting another perspective, but that’s his call and doesn’t nullify what he is feeling now.

So in the meantime, why wouldn’t you want to do something that can help him feel better because it’s important to him and you care about him?

The assumption running through all this is that you actually want to improve the relationship — the dynamics between you — and not win, get even, get the other guy to change, or have a reason to get out. You can also follow the thread – that’s it about dropping the attitude, feeling uncomfortable with making change, stop power struggling or being and staying angry, stop engaging in trench warfare where you both are either holding up in your bunkers or periodically lopping grenades at each other. You want to change the war-zone climate. You want to try having a generous heart.

So find out what the other guy wants, what he hates; have him make it as concrete as possible so you know exactly what to do. You do the same — tell him what you want and don’t want. Everybody puts his head down and tries doing it with no expectations. See what happens, stop when you want.

Do the best you can do.